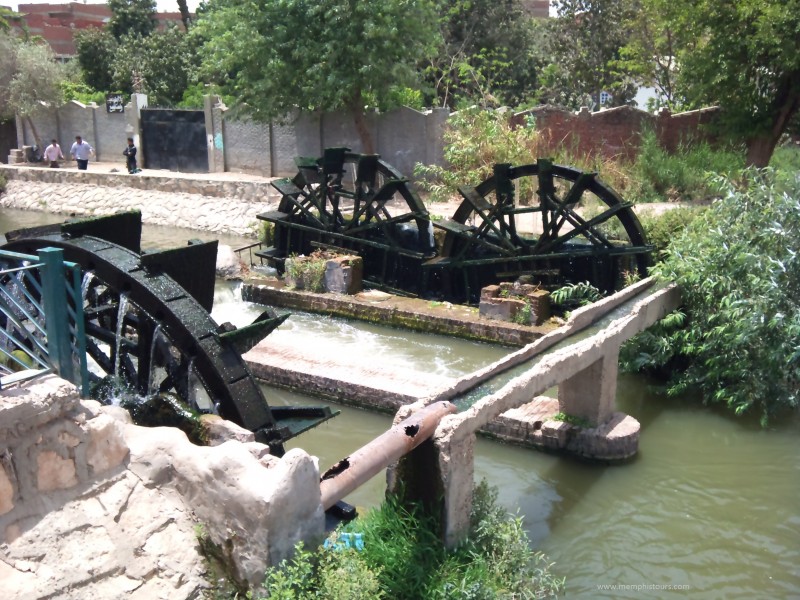 Have you ever dreamed of a trip in one of the oases in Egypt for only one day? Join us to Fayoum Oasis.
Our representative will pick you up from your hotel in Cairo. From Cairo to Fayoum is about 95 km. Upon arrival in Fayoum, transfer to visit Karanis which is the ruin of an old city. That city contains a number of monuments, dating from the Roman, Coptic and Early Islamic. After that visit The Water Wheels which are said to be running since the Ptolemaic era. Then enjoy Lake Qaroun where you can see different kinds of birds. Qaroun Lake is considered the oldest natural lakes in the world, the third largest lake in Egypt and the rest of lake Old Moerisi. Lunch at a good quality local restaurant. After that transfer to Qasr Qaroun about 55 km North West of Fayoum City. It consists of the well-preserved temple and remains of the Graeco Roman City of Dinysios. Then onto Wadi El Rayan, designated a Protected Area in 1989, Wadi El Rayan is a natural depression located in the western desert, 42m below sea level. Wadi Rayan consists of two lakes connected by Egypt’s only waterfalls, formed in 1970 by an overflow of drainage water from the farmlands in Fayoum. After that transfer back to Cairo.